As you know for the last couple of years I have been observing a number of big important developments that concerned me that hadn’t happened before in my lifetime but did occur in the 1930-45 period and a number of times before then. They are the confluence of 1) big wealth, values, and political gaps, 2) zero or near-zero interest rates in the three major reserve currencies making monetary policy ineffective, 3) large debts, and 4) emerging conflicts between a rising world power (China) that is challenging an existing power (the US). Because of these concerns, over the last 18 months I have been studying the impact of these forces and the rises and declines of past leading empires and their reserve currencies. These studies led me to believe that when the next downturn came along there was a significant risk that we would see similar events to those that happened in 1930-45 (and many times before that for similar reasons), which would lead to a big shift in the world order. Then the coronavirus and its impacts on the economy and markets came along, so we are now in a downturn and facing these circumstances.

Because doing this study helped me put what is now happening in economies and markets in perspective, and because I want to pass along what I learned to you, I will send it to you in weekly releases starting later this week. Sharing it this way will allow me to fix up the study as we go along, while still handling my most important responsibilities as a CIO of Bridgewater. If you’re interested in a heads up on when I release this content, along with other articles on the economy and markets, you can sign up for my new LinkedIn newsletter or by email at principles.com.

I believe that the times ahead will be radically different from the times we have experienced so far in our lifetimes, though similar to many other times in history.

I believe this because about 18 months ago I undertook a study of the rises and declines of empires, their reserve currencies, and their markets, prompted by my seeing a number of unusual developments that hadn’t happened before in my lifetime but that I knew had occurred numerous times in history. Most importantly, I was seeing the confluence of 1) high levels of indebtedness and extremely low interest rates, which limits central banks’ powers to stimulate the economy, 2) large wealth gaps and political divisions within countries, which leads to increased social and political conflicts, and 3) a rising world power (China) challenging the overextended existing world power (the US), which causes external conflict. The most recent analogous time was the period from 1930 to 1945. This was very concerning to me.

As I studied history, I saw that this confluence of events was typical of periods that existed as roughly 10- to 20-year transition phases between big economic and political cycles that occurred over many years (e.g., 50-100 years). These big cycles were comprised of swings between 1) happy and prosperous periods in which wealth is pursued and created productively and those with power work harmoniously to facilitate this and 2) miserable, depressing periods in which there are fights over wealth and power that disrupt harmony and productivity and sometimes lead to revolutions/wars. These bad periods were like cleansing storms that got rid of weaknesses and excesses, such as too much debt, and returned the fundamentals to a sounder footing, albeit painfully. They eventually caused adaptations that made the whole stronger, though they typically changed who was on top and the prevailing world order.

The answers to this question can only be found by studying the mechanics behind similar cases in history—the 1930-45 period but also the rise and fall of the British and Dutch empires, the rise and fall of Chinese dynasties, and others—to unlock an understanding of what is happening and what is likely to happen.[1] That was the purpose of this study. Then the pandemic came along, which was another one of those big events that never happened to me but happened many times before my lifetime that I needed to understand better. 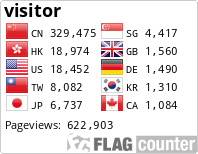